At perimenopause increased bleeding can become more common as oestrogen dominance and hormone imbalance start being experienced. Knowing why it is happening, and what you can do about it, can make a lot of difference. 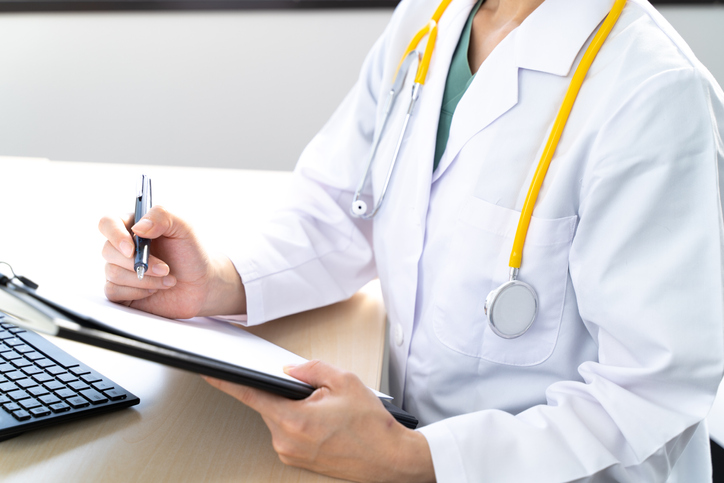 Menorrhagia is the official, medical, name for any unusually heavy bleeding during menstruation but happily for most women any abnormal uterine bleeding is not excessive enough to be diagnosed as menorrhagia.

It can be related to several causes, oestrogen dominance being one of them, and so is often seen at perimenopause and also linked to fibroids. Rebalancing with bioidentical natural progesterone helps get this excess bleeding under control, and you may want to know more about the condition.

Whether it is menorrhagia or not, it can still be of real concern and of course it is difficult to know just what is abnormal when it’s related to your own menstrual flow.

The easiest way to check is to notice whether you are using more pads or tampons than usual. Menorrhagia is defined as a period heavy enough to require changing your pad and/or tampon more often than every one to two hours, or if you have a period that lasts more than a full week.

The 10 most common causes for heavy menstrual bleeding are:

1 Hormonal imbalance is the number one reason and it is most frequent at the two ends of our reproductive cycle, that is during adolescence and again at menopause. During these two stages of life a woman’s hormones levels are fluctuating and this often leads to excessive uterine bleeding during menstruation.

The usual treatment is with hormones, either synthetic in the form of the contraceptive Pill or an IUD such as the Mirena coil. If you are fortunate enough to have a doctor familiar with natural hormone use then you may well be given bio-identical progesterone to help resolve the problem.

2 Uterine fibroids are something that many women experience and are certainly a very common cause of excessive bleeding. In the vast majority of cases such fibroids are benign (non-cancerous) tumours that often occur in the uterus of women during their thirties or forties.

Excess oestrogen (oestrogen dominance) is certainly a major factor in the development of such fibroids and the treatment usually offered is to remove them surgically through a variety of methods and in extreme cases even a hysterectomy.

Alternatively, a woman may be offered synthetic or natural hormones, although many women find that natural progesterone is an effective treatment for uterine fibroid tumours.

If the fibroids are small, and not troubling you then your doctor may prefer to simply wait and see what happens as, depending on your age, once menopause begins then these fibroids will shrink naturally and usually without treatment as your oestrogen levels decline.

3 Cervical polyps are another common cause of heavy bleeding and are often the result of an infection. They are most frequently found in women over the age of twenty who have had children.

Oestrogen again appears to be a factor in their growth, together with congestion of the blood vessels located in the cervix. The combination of antibiotics and an out patient procedure to remove the growth is the usual treatment.

4 Endometrial polyps are again often associated with an excess of oestrogen following hormone treatment or some types of ovarian tumours.

Happily they are typically non-cancerous growths and treatment for endometrial polyps include hysteroscopy and a D & C (Dilation & Curettage) procedure to remove the lining of the uterus.

5 Lupus is a chronic inflammatory and autoimmune disease that has a variety of symptoms but is generally thought to be genetically based and can affect several parts of the body, particularly the skin, joints, blood, and kidneys.

Other factors that can play a part in triggering Lupus include infections, certain types of antibiotics and other drugs, UV light and severe stress.  Lupus can be difficult to treat and you may be offered stress counselling and a variety of drug choices including NSAIDS, steroids, antimalarials, immunosuppressive drugs and anticoagulants.

6 Pelvic inflammatory disease (PID) can occur as a result of a sexually transmitted disease or after childbirth, abortion, or other gynaecological procedures. The treatment is usually a course of antibiotics.

7 Cervical cancer in 90% of cases is caused by the human papillomavirus, or HPV.  As with all cancers, treatment may include surgery, chemotherapy, and radiation therapy or you may choose one of many alternative treatments also available.

Bioidentical progesterone can be helpful after chemotherapy to deal with any side effects such as hot flushes.

8 Endometrial cancer’s cause is unknown, but you are most likely to be diagnosed with this if you are over fifty, often have endometrial hyperplasia, or have been a frequent or long-time user of HRT.

Treatment initially is normally a hysterectomy followed by chemotherapy and/or radiation treatments and again rebalancing with bioidentical hormones has been helpful for many women in dealing with the after effects.

9 IUDs (intrauterine devices) have been used for contraception since the 1980s, but they can be a potential cause of heavy bleeding and ironically are often recommended to assist with heavy bleeding.

If your periods get heavier after insertion of an IUD then it would be sensible to consider a different method of birth control or dealing with the increased bleeding.

10 Bleeding disorders is the generic term applied to anyone when it is difficult to stop the bleeding occurring such as in a nosebleed, or cut. In women the most common one is von Willebrand Disease and any treatment is aimed at increasing clotting factors in the blood.

Signs to be aware of are blood clots in the menstrual flow that are greater than an inch (2.5 centimeters) in diameter and any symptoms of anaemia such as tiredness, fatigue or shortness of breath.

Most commonly used treatments include the contraceptive Pill and a nasal spray of a synthetic hormone that controls bleeding. Many women use this at the beginning of their menstrual periods to control excessive bleeding.

If you start to experience unusual heavy bleeding you need to see your doctor to have it checked so you know what the probable cause is. Usually it is linked to oestrogen dominance when the progesterone you are producing is not balancing out the oestrogen, often due to factors such as long term us of the Pill, HRT or the Coil where synthetic hormones disrupt the body’s own natural cycle.

It is bioidentical progesterone that is needed to get the body back in balance and supplementing with the natural hormone is the best way to do this. At the same time you also need to be reducing the oestrogen load from external sources, including phytoestrogens such as soy and oestrogenic herbs, together with xenoestrogens found in the environment and food chain.

As hormone imbalance is one of the most common things linked to heavy bleeding it is always worth looking at how big a factor oestrogen dominance maybe in your life, and don’t forget it can affect men too.