3 Ways To Avoid The Oestrogen Dominance Affecting Men and Women

There are increased health risks for both men and women as they are exposed to excess oestrogen. 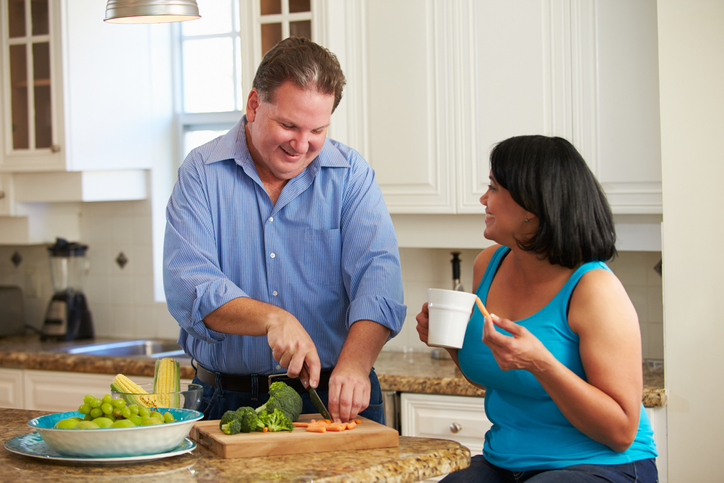 Oestrogen is a primary female hormone, but it can also affect men too. Who hasn’t read the stories, or seen the evidence in both young and older men, at the increase in ‘man boobs’ in recent years.

Whether in men or women excess oestrogen is linked to heath risks: for women it is breast cancer and heart disease and in men a greater risk of prostate cancer.

Bioidentical  progesterone help to reign in the more damaging consequences of  oestrogen when it is unopposed and in excess.

Excess oestrogen was first remarked by the late Dr John Lee who called it oestrogen dominance when not balanced by progesterone, which is its natural counterpart, as he saw it in so many of his female patients, generally from exposure to the Pill and HRT.

However new forms of exposure such as the widespread use of plastics and pesticides means that this excess oestrogen is now a serious issue for both men and women.

Excessive levels not only increase the incidence of breast, colon and prostate cancer, but also foster weight gain, fatigue, irritability and mood issues.

Specifically, men are at risk of a lowered sperm count and it  has been reported widely in the last few years that this has seriously declined over the last two generations, affecting their fertility.

You will find these xenoestrogens as they are often called in a variety of consumer goods like cosmetics, shampoos, oil-based coatings and animal products and it is becoming increasingly difficult to avoid chemical oestrogens in the environment.

The most common sources are BPA (bisphenol A) an industrial chemical that has been used to make polycarbonate plastics and resins since the 1960s and often used in containers that store food and drink such as water bottles.

There has been some research which indicates that exposure to BPA is a concern because it is a substantial endocrine disrupter. As such it can cause serious hormonal imbalance and possible health effects on the brain, behaviour and prostate gland of foetuses, infants and children.

As a petroleum-based chemical that imitates oestrogen it is one of the most damaging sources of xenoestrogens.

Another common source are phthalates, another environmental chemical oestrogen, which is found in plastics along with personal care products, and pesticides which also have an oestrogenic effect on the body when consumed.

3 things you can do to limit exposure

Minimizing the damaging effects is a three-fold process: limit exposure, detoxify and balance with bioidentical progesterone.

1. Limit exposure by first switching to glass containers for water and food storage rather than plastics. Check any canned foods as although BPA has been banned from baby bottles it remains in use to line food cans.

Intended as a protective barrier between the metal and the can’s contents, BPA can actually leach into the food and the effects are most detrimental for pregnant women, babies and children.

Many manufacturers are phasing it out but it is worth checking every label, particularly if you use a lot of canned goods, and the same applies to cosmetics and shampoos to see if they are BPA and phalate free. Most companies have a customer service department  so you can contact them to check.

2. Detoxify your body of any xenoestrogen residue through diet and with specific supplements. Oestrogen is metabolized by the liver,so a liver detox is a good first step.

You can do this by eating plenty of leafy greens as well as superfoods like spirulina, wheat or barley grass and chlorella help to keep the liver clear and functioning properly. Milk thistle is also an excellent cleanser to supplement with in this process.

Include a high quality probiotic along with flax and plenty of fibre as it sweeps excess oestrogen from the intestinal tract.

If your diet is high in carbohydrate and low in protein then that has been shown to decrease activity of  cytochrome P450 that detoxifies oestrogen so it would be more helpful to focus more on a diet that is higher in protein and lower in carbohydrate.

The amino acids lysine and threonine, found in meat, fish, beans, eggs, can help get rid of oestrogen from the body.  If  you are carrying a few extra pounds then try to lose them as oestrogen is produced in the fat tissue and in women this tends to be on the abdomen, stomach, hips and thighs.

The higher oestrogen level is related to higher levels of aromatase, an enzyme that transforms testosterone to oestrogen.

Women have lower levels as we age and stress definitely impacts our hormone health as stress tends to increase at menopause, along with a higher level of anxiety.

Men certainly can be affected by oestrogen dominance and, while there has been no specific research done with regards to  progesterone usage in men, there have been interesting reports from patients with prostate cancer which has been diagnosed both by blood test and biopsy.

These patients have found that, as a result of using natural progesterone for about a year, the levels of PSA (Prostatic Specific Antigen) in their blood have decreased to normal levels. The mechanism for this apparently beneficial effect of natural progesterone is not clear but may relate to progesterone being a precursor of testosterone.

Men as they get older have a tendency to produce less testosterone and more di-hydrotestosterone, which seems to have an over stimulating effect on cells.

Progesterone could have the effect of neutralizing the di-hydrotestosterone, which would thus help to maintain testosterone levels.  It is also thought that progesterone may have an effect on the genetic coding of some cells, and in this prevents the development of abnormal cells.

A simple way to start looking at tackling oestrogen dominance is through your diet and the following article will be helpful.