The Power of Sleep

In the Sleep Council’s 2013 Great British Bedtime survey, only 30 per cent of men and 22 per cent of women said they sleep very well.

Sleep is essential ‘nourishment’ for both your body and mind and a vital part of the health equation.

As there are many different approaches to helping you get a good nights sleep, I wanted to share with you nutrition expert Patrick Holford’s insights as they help you with your sleep issues.

According to our 100% Health Survey, 55 per cent of the population has difficulty sleeping or has restless sleep, while 43 per cent wake up feeling tired.

In that Sleep Council’s survey, almost half said that stress and worry keep them awake at night. The majority also report getting five to six hours of sleep a night, with only 22% having the recommended seven to eight hours.

What is going on?

Problems sleeping are often referred to as insomnia, which can mean different things to different people. It is commonly defined as experiencing regular periods where you:

Not only does a lack of sleep make you more prone to stress, but long term it increases your risk of poor health.

For example, research shows that you’re more than twice as likely to feel anxious and depressed. Your blood may also begin to clot abnormally, putting you at raised risk of heart attack or stroke.

A chronic sleep debt also almost doubles your chances of being obese and it’s linked with diabetes too. As if this wasn’t enough, lack of sleep triggers the stress response and increases an inflammatory marker called CRP, which is a strong predictor of heart disease.Your mental health can also suffer.

Clearly, if sleep is a problem for you, it needs addressing if you want to reduce your stress, improve your health and decrease your risk of disease. But before we look at ways to enhance your slumber, let’s first understand the different stages of sleep and why it’s so valuable.

The stages of sleep

We spend just under a third of our lives asleep, but far from being unproductive downtime, sleep encompasses different stages that are vital for keeping our bodies in a good state of repair and helping our brains to process and assimilate the activity we experience in the day.

If you follow an undisturbed sleep pattern, when you first drift off, you enter a period of light sleep which deepens as you become disengaged from your surroundings. Your body temperature starts to drop a little and your brain waves slow down.

All being well, after about 30 minutes, you enter a period of deep sleep when your heart rate slows, your blood pressure drops and your breathing becomes slower. This is the most restorative stage when tissue repair and regeneration occurs.

After around 90 minutes, you then shift to a period of REM (rapid-eye-movement) sleep, which is when most dreaming occurs – this stage is believed to be particularly important for your psychological health and wellbeing.

Then you move back and forth between deep sleep, lighter sleep and REM, with the REM stage ideally accounting for around 25% of your overall sleep time.

The optimal amount of sleep associated with the longest lifespan is between seven and nine hours a night. Particularly as we get older, there is a higher correlation between too few (less than five) and too many (more than nine) hours of sleep and increased mortality. Seven hours sleep a night is linked to the lowest death rate.

Just as important is the quality of sleep – many people, as they age, have more fragmented and lighter sleep and don’t spend enough time in deep or REM sleep. As well as causing day-time fatigue, this can impact your mood and make you more prone to depression and anxiety.

Why an eight-hour sleep may not be natural

Good news for night risers – nocturnal waking is not necessarily unnatural, nor bad for you. The American historian Roger Ekirch spent 16 years studying the sleeping habits of our ancestors and uncovered many references to segmented sleeping patterns comprising of a first and then second sleep, with a period of activity in between.

His research suggests that it was commonplace for people to get up in the middle of the night for an hour or more to read, write, pray, have sex or talk to companions. However, this practice started to die out during the late seventeenth century, when the advent of street lighting made socialising at night safer and more fashionable, so people were no longer confined to their homes or had the time to spend so long in bed during the hours of darkness.

Many sleep psychologists concur that waking at night can be a natural part of human physiology, and that not everyone will be able to sleep concurrently for seven or eight hours.

If this is the case for you, then the key is not to become anxious but to engage in some sort of relaxing or calming activity until you feel ready to go back to sleep again. Ekirch uncovered many accounts of people using the time to meditate on their dreams, for example. Reading, writing a journal or doing a HeartMath exercise could also be a positive use of your time.

Sleep and repairing the body

During the night, and especially during the deep and REM sleep phases, your brain produces higher levels of growth hormone. This hormone helps with the repair and regeneration of your body’s tissues.

When you’re stressed, the subsequently high levels of the stress hormone cortisol suppress growth hormone, diverting energy away from repair into coping with the energy demands of a stressful situation. This impedes tissue repair, effectively speeding up the ageing process.

Sleep experts recommend you aim to reduce stress before you go to bed. For example, the Sleep Foundation recommends “a regular, relaxing bedtime routine such as soaking in a hot bath or listening to soothing music”.

So if you tend to work late, argue with your partner or watch thrillers or crime dramas before bed, you may want to assess if these activities are really helpful, especially if you then have problems sleeping.

Throwing a few handfuls of magnesium-rich Epsom Salts into a warm bath and wallowing for 20 minutes, or using calming essential oils such as lavender, can really aid relaxation.

How you wake up in the morning is important too. Normally, cortisol and adrenalin levels are lower during the night. Consequently, your pulse rate and blood pressure should be lower when you wake up and increase once you get up.

If you wake with a fast pulse rate or high blood pressure, and, then when you stand up there is no further increase, this is indicative of high cortisol levels during the night. (To test this, you need a blood pressure monitor to hand – bloodpressureuk.org has a section on how to choose the right monitor for home use under Home Monitoring.)

This kind of ‘desynchronisation’ does occur in some people and is thought to be part of the dynamics of seasonally-affected disorder (SAD) and other depressions. Under these circumstances, it is best to see a nutritional therapist who can run a 24-hour salivary hormone test to find out what’s out of sync and make recommendations to bring you back into balance.

Another cause of high blood pressure and increased pulse rate on rising is a condition called sleep apnoea, which is thought to affect between two and four per cent of people. This is when a person’s breathing pattern becomes disturbed during the night, resulting in the improper exhalation of carbon dioxide and a deficiency of oxygen. Apnoea is more common in people who snore and can be brought on by going to sleep after drinking alcohol.

Stress may also contribute to this condition which, in turn, is associated with less REM phases and therefore a less restorative sleep. There can be other factors that contribute to the condition – from being overweight to suffering with a food or chemical sensitivity – and these can vary from person to person. If sleep apnoea is an issue for you, the guidance below may help to alleviate it. But if not, seek further investigation and a tailored programme from a nutritional therapist.

Sleep and the mind

As far as the mind is concerned the most critical phases of sleep are bursts of REM sleep. These tend to last for about 30 minutes, occurring on average between three to five times a night.

If a person is deprived of REM sleep, they don’t feel fully rested on waking and are more likely to get depressed. When they do get a chance to sleep they have longer periods of REM sleep, all of which suggests that our minds need to have this time while we’re asleep to process what’s been happening in our lives. Most dreams occur during REM sleep, and it’s believed these are important for mental and emotional health.

Once again, high levels of the adrenal hormone cortisol result in less REM sleep. Some anti-depressants also have the effect of suppressing REM sleep, potentially creating a vicious cycle of poor quality sleep leading to low mood, with low mood then creating further need for antidepressant drugs. If you suffer from frequent low moods read my book The Feel Good Factor.

It is very clear that the sleep impacts all of our functions, and your hormones are no exception.

The stress created when we have poor sleep affects your hormone balance so as well as helping you to a better nights sleep, you might want to look for some help from bioidentical progesterone as it is a natural relaxant and some specially formulated sleep capsules.

Your diet too can make a critical difference, so you might find this article interesting read. 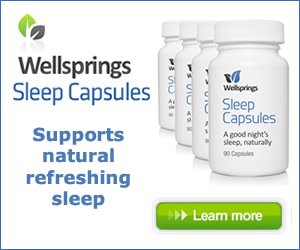