Men are also affected by hormone balance, and their overall health reflects that, so here’s how to help. 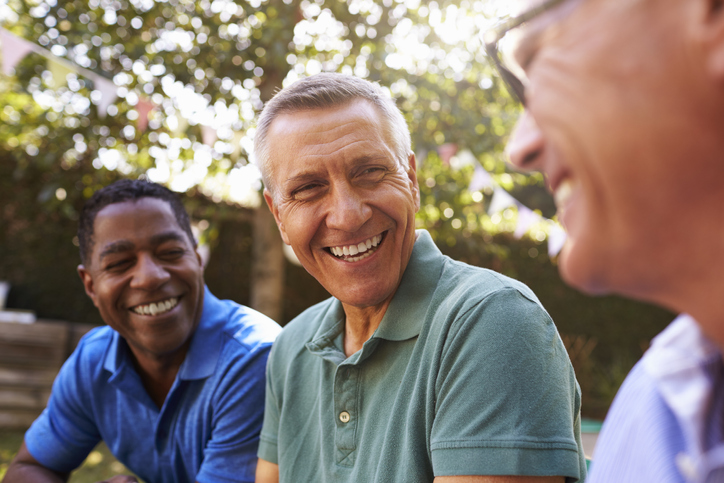 I know we have some male readers, but here are some useful tips to enhance the health and happiness of any men in your life.

1. Can men be oestrogen dominant?

It is not widely known that men produce both progesterone and oestrogen: they make oestrogen in both their adrenals and testes and progesterone levels in men remain fairly constant until they reach their sixties or even seventies.

Due to the increased levels of oestrogen exposure environmentally and through the food chain  this leads to a similar effect as in women – they put on weight.

Hormonal changes do not occur in all men, but when they do they are generally related to a rise in their oestrogen levels.

This accounts for the lowered sperm count of the current generation compared to their grandfathers, the new phenomenon of ‘man breasts’ and feminizing effects observed in men where they may also need to shave less often and for the rising number of of young boys showing these symptoms.

It works in men in two ways: first by acting directly upon progesterone receptors which are present in almost every tissue of the body, and secondly by competing for receptors with testosterone.

It’s a common assumption that men complain more about everyday illnesses such as flu when they’ve been complaining of a fever and runny nose. However it turns out research proves that men do in fact suffer from the flu more than women.

Due to their high levels of testosterone men are more vulnerable to the virus, whilst women are protected as a result of their estrogen, which has strong anti-viral properties. The fact is that men too can be oestrogen dominant, so if he has put on a few pounds around the middle he is likely producing sufficient of that hormone naturally, but you can help by making sure he has vitamin D daily as that can boost his immune activity.

Also helpful are aged garlic, beta glucans and probiotics to protect against viruses and bacterial infection and help break down catarrh and shorted the duration of illness.

Once again oestrogen has a role here, and it is unfortunately a negative one as it impacts sperm health.  Both a low sperm count and infertility in men is far more common than people think, with it accounting for 30% as to why couples have difficulty conceiving.

a) Alcohol which can cause abnormalities in the head of the sperm, which is critical for fertilisation of the egg. Alcohol also reduces the level of vital sperm-making hormones, so a man can wipe out his sperm count for several months after a drinking session.

b) Cigarettes significantly impact health, which includes fertility too as the toxins in them can increase the risk of DNA damage in sperm cells, and also contributes towards erectile dysfnction as it damages the blood vessels.

c) Stress also contributes to infertility as it can impact not only the sperm count, but also the quality of sperm. It is not fully understood why or how this happens, but research and suggestions have implied it could be because stress triggers the release of steroid hormones which consequently decreases the levels of testosterone and sperm production.

Reducing stress means supporting the adrenal glands and they rely on magnesium, which is rapidly depleted when you’re under stress. Adding in zinc-rich foods into your diet can help such as seafood, meat, seeds, and cooked dried beans, peas and lentils.

Although it’s normal for teenage boys to go through a bout of acne or pimples, for some the skin concerns don’t cease after puberty and can in fact get worse with age. Whether it’s due to lifestyle, environment, or hereditary issues it can be very distressing as it can often result in self-esteem and self-confidence issues.

When dealing with the most common conditions such as acne, eczema and rosacea natural ingredients are great as often they are full of antioxidants. Aloe Vera is commonly known for its healing properties in aiding the oxygenated damage.”

While there has been no specific research done with regards to natural progesterone usage in men, there have been interesting reports from patients with prostate cancer which has been diagnosed both by blood test and biopsy. These patients have found that, as a result of using natural progesterone for about a year, the levels of PSA (Prostatic Specific Antigen) in their blood have decreased to normal levels.

The mechanism for this apparently beneficial effect of natural progesterone is not clear but may relate to progesterone being a precursor of testosterone. Men as they get older have a tendency to produce less testosterone and more di-hydrotestosterone, which seems to have an over stimulating effect on cells.

Progesterone could have the effect of neutralizing the di-hydrotestosterone, which would thus help to maintain testosterone levels.  It is also thought that progesterone may have an effect on the genetic coding of some cells, and in this prevents the development of abnormal cells.

Certainly it seems that men can also suffer from oestrogen dominance but whether supplementing with progesterone would help proactively against future problems is not known, but certainly it cannot do any harm.

Men are not always proactive about their health but if some of these topics have made you think it might apply to the men in your life – whatever their age.

One of the simplest issues to tackle can be oestrogen dominance and this article will help.