Menopause is an inevitable transition, but when it occurs early there may be a number of factors involved. 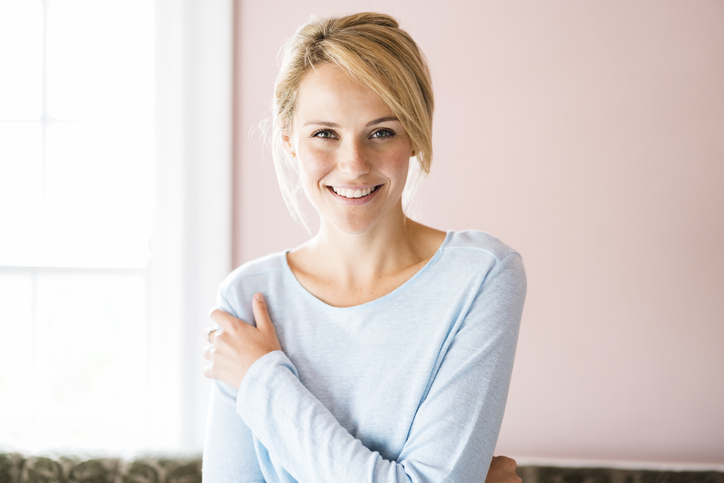 When these hormones reach a low enough level, a woman will permanently stop having a menstrual cycle.

Menopause officially begins 12 months after a woman’s last period. Most women begin menopause between the ages of 45 and 55, with an average age of 51 but for some women, menopause comes early.

Why an early menopause?

The most common reason for early menopause is a hysterectomy which is a surgically imposed menopause.

However there can be other causes and if you’re between the ages of 35 and 45 and have missed your period for three months or more is this early or premature menopause?

Early menopause is one that begins between the ages of 40 and 45 and premature menopause starts even earlier, before age 40.

You may hear it referred to “premature ovarian failure” or “primary ovarian insufficiency ”  and more commonly used for younger women going through menopause.

Early menopause is relatively uncommon and premature menopause is even less common, with only about 1 in 100 of women going through menopause before age 40 in the UK.

What are the symptoms of early menopause?

The symptoms of early menopause are similar to regular menopause but some common symptoms include:

If you haven’t had your period in three or more months, you should see your doctor. There are many reasons why you might not get your period besides menopause, such as:

What are the causes of early menopause?

When these occur, eggs don’t mature or get released, causing a woman’s period to stop. These processes are considered normal when they occur later in life.

If they occur early, your doctor will want to check for an underlying cause.

Follicle depletion and dysfunction can happen for a variety of reasons:

How is it diagnosed?

Your doctor will ask you about your symptoms and your menstrual cycle and any history of exposure to toxins, such as chemotherapy and radiation treatments.

They usually do a physical exam and perform a pregnancy test as well as testing your blood for certain hormones, including: follicle-stimulating hormone (FSH), oestradiol, prolactin, and anti-Mullerian hormone (AMH).

What are the complications?

Early and premature menopause can increase your chance of developing other conditions. These include:

What are my options for treatment?

Your doctor will recommend a treatment based on your individual requirements but some common treatments for early or premature menopause include:

HRT with oestrogen and synthetic progestins, and supplements of calcium and vitamin D.

The calcium and vitamin D can help prevent osteoporosis if you aren’t getting enough of these nutrients from your diet, but a specific osteoporosis supplement is more helpful as it has additional essential ingredients such as vitamin K2, silica and boron.

Although the optimal intake has not been clearly established in premenopausal osteoporosis 1000 mg of calcium (total of diet and supplement) and 600 international units of vitamin D daily are generally suggested.

Several of the conditions associated with early menopause benefit from progesterone supplementation, specifically fertility and osteoporosis.

Both these conditions require a balanced amount of progesterone to oestrogen and if fertility is a concern then the following article will be helpful.