Not just for menopause, as supplementing with bioidentical progesterone can help with PMS, PCOS, anovulatory cycles, irregular or heavy periods and to support fertility and prevent miscarriage. 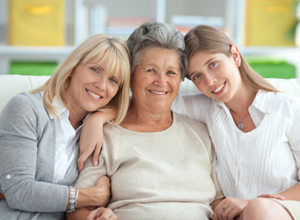 It is a myth that only women at menopause need hormone balance. Younger women are as much in need of it for a variety of hormonal conditions that can often be related to oestrogen dominance or progesterone deficiency.

Lack of progesterone has been linked to a variety of conditions in younger women and is often complicated by the fact that when using contraception such as the Pill, Coil or Implant that they are then subject to artificial progesterone in the form of progestins/progestogens.

Although they are frequently told they are being given progesterone they are not told that it not the actual hormone but a chemical substitute that mimics some of the actions of progesterone but which does not have the same benefits.

How bioidentical progesterone can help

These are some of the conditions for which younger women are using   bioidentical natural progesterone:

What Can Go Wrong?

Many of these problems stem initially from two conditions: lack of ovulation and/or oestrogen dominance.

Ideally from the start of menstruation until menopause a woman will be having a regular monthly cycle during which ovulation will take place around mid-cycle.

However anovulatory periods (where no ovulation takes place) can occur regularly without any sign anything is wrong.  Some women get a pain in either the right or left ovary at ovulation, but many do not, and anovolulatory cycles are behind PCOS and infertility without any visible sign this is occurring.

It is not generally realised that you can have oestrogen dominance when you also have low oestrogen levels. It can still occur if your progesterone levels are even lower than your oestrogen.

It is generally assumed that women do not need progesterone after a hysterectomy or at menopause.

Despite what we are often told, women do need progesterone throughout their lives as protection from oestrogen dominance and the results of excess oestrogen which are linked to heart disease, cancer and osteoporosis.

Younger women are often prescribed the Pill or given the Coil to deal with symptoms of PMS or heavy bleeding.

They are usually told these contain progesterone, but they do not. Instead they contain the synthetic hormone progestin/progestogen which is associated with health risks and side effects.

The benefit of bioidentical hormones is that they are not associated with any side effects and – unlike their synthetic copies – they also have no withdrawal symptoms.

There is no contraindication with bioidentical hormones and any supplements or medication, other than those containing synthetic progestogens/progestins such as the Pill/Coil/Implant/HRT.

PLEASE NOTE: If using the Pill/Coil/Implant for contraception then supplemental progesterone is not recommended unless additional precautions are taken.

The reason for is that the natural hormone will compete for the same receptor sites in the body as the synthetic hormone and this makes them both less effective.  This is not critical when dealing with heavy bleeding or to help with side effects from the Pill etc, but not advisable if relied upon for contraception.

An expert who definitely believes in the power of progesterone to help with hormonal issues in women from puberty to post menopause is Australian Naturopath Lara Briden and she shares her view in this article.