Apart from the obvious, there are some health related differences you might not be aware of too. 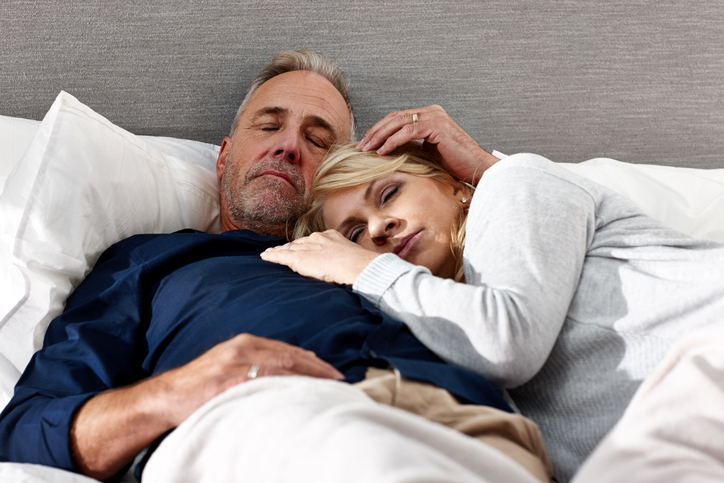 We tend to think of our health concerns such as heart disease, response to illness and even something as simple as health risks as being the same for all of us, but that really isn’t always the case.

The telltale heart attack sign of feeling like there’s an elephant sitting on your chest isn’t as common in women as it is in men.

Many women feel upper back pressure, jaw pain, and are short of breath. Or they may feel nauseated and dizzy instead.

Though heart disease is the leading cause of death for both sexes, women are more likely to die after they have a heart attack as it may not be reported or treated early enough if warning signs are missed.

Diseases that affect the immune system are often more severe in men. For example, MS affects many more women than men overall, but when it comes to the progressive form (PPMS), men get it in equal numbers to women.

PPMS tends to be harder to diagnose and treat than the relapsing remitting form of MS.

Many more women than men have strokes each year. Common symptoms are sudden weakness on one side, loss of speech and balance, and confusion.

Women typically have a worse recovery after a stroke, too.

Women are less likely to have symptoms with sexually transmitted diseases (STDs) like chlamydia and gonorrhea. STDs can also lead to chronic pelvic inflammatory disease in women, causing fertility issues.

Men seldom have such complications. The human papillomavirus (HPV) is also the main cause of cervical cancer in women, but it doesn’t pose a similar risk for men.

Men are far more likely to lose hair as they age than women. Some 40% of women will have hair thinning or hair loss, but 85% of men will have thinning hair by age 50.

Men tend to lose hair in the same pattern — their hairline goes farther and farther back. They may also get a bald spot on the crown of their head.

Women have either thinning all over or random bald patches.

Hormones are often to blame for acne. Because women’s hormones shift during periods, pregnancy, and throughout menopause, they’re more prone to adult acne than men.

Treatment can vary based on your sex, too. Doctors tend to prescribe medication that controls hormones, like birth control, for women.

Creams that you rub onto your skin are more common for men.

Women are more likely to say they’re stressed than men.

Both sexes feel anger,  moodiness, and muscle tension at near the same rates from stress, but women more often say it causes a headache, upset stomach, or makes them feel like they need to cry.

Men are less likely to feel physical symptoms during times of stress than women.

Although women tend to get urinary tract infections (UTIs) more often, men’s UTIs are more complicated. They have different causes, too.

Women most often get them because of bacteria from sex or faeces (their urethra is shorter and closer to that area).

Men’s UTIs are more likely to arise from something that blocks their urine stream, like an enlarged prostate or kidney stones.

More women live with chronic pain (pain that lasts longer than 6 months and doesn’t seem to respond to treatment) than men.

Their pain also tends to last longer and be more intense. Doctors are still trying to discover why, but they think differences in hormones between the sexes may be to blame.

Because women are more likely to get osteoporosis, it’s often overlooked in men.

But men who have this lack of bone density and break a hip are twice as likely to die than women with osteoporosis who break a hip.

A key element in staying healthy, and reducing the risk of heart disease, strokes, hormonal cancers and osteoporosis, is to ensure you have a good hormone balance throughout life.

Women need to have both oestrogen and progesterone throughout their lives, and in balance with each other. So if you’re not sure whether that is the case for you, then the following article will be helpful.