Dr Jeffrey Dach tackles head-on the damaging misinformation about bioidentical natural hormones and some of the misconceptions that are still being given as ‘fact’. 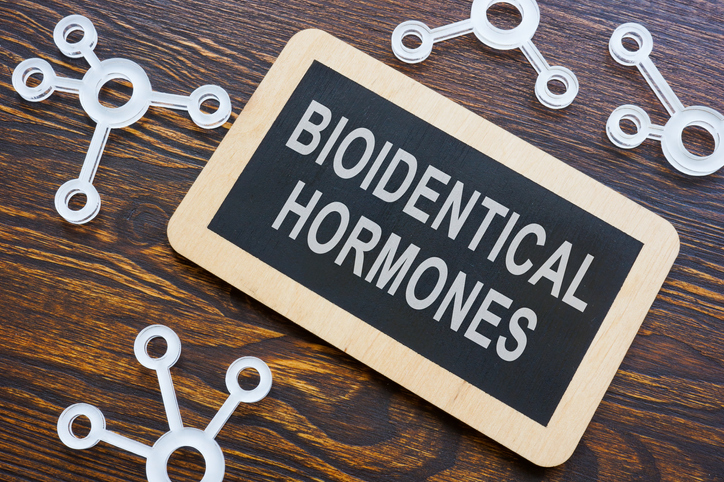 While I am very happy to see the current ‘discovery’ of menopause by the media, as someone who has been writing about it for over 40 years you must forgive me if I am surprised at why this is suddenly a ‘hot topic’.

In my experience and the years of sharing seminars on the subject with the late Dr John Lee – the pioneer of bioidentical progesterone usage and and Dame Dr Shirley Bond who is an acknowledged expert in the field of bioidentical hormones – I have very rarely come across a woman who has not heard of Menopause.

Information on the topic has always been available, but unfortunately it has not always been either clear or accurate. Indeed over the years I have frequently come across information on bioidentical hormones that is at best misleading and at worst just plain wrong.

If you want to believe the media, Menopause – and experts on it – have suddenly sprung fully formed in the last couple of years, but in fact the reality is very different. Worldwide there have always been doctors who have been interested in and have prescribed bioidentical hormones and indeed Wellsprings have been producing bioidentical hormones for more than 25 years.

The USA was the first country in establishing the benefit and popularity of bioidentical hormones and an acknowledged expert in this field for many years is Dr Jeffrey Dach, a member of the American Medical Association since 1976 and the American Academy for the Advancement of Medicine. He is the founder and Medical Director of the TrueMedMD Clinic in Florida specialising in bioidentical hormones, natural thyroid and natural medicine.

Certainly he is someone whose views I respect and have followed for many years and I thought it would be very useful to share with you his own thoughts about the misconceptions that have been promoted about the benefits of bioidentical progesterone.

Over the years, he has compiled a list of myths and misinformation commonly encountered about bioidentical hormones in newspapers and magazines in the USA, and the situation elsewhere is the same.

Here are a few of them, followed by his corrections.

“The term bioidentical hormone is undefined and has no meaning.”

This is incorrect. Bioidentical is a term which is defined as having the exact same chemical structure as hormones found naturally in the human body. Bioidentical hormones are the ones circulating in your blood stream right now.

“There is no proof that Bioidentical hormones are safer and more effective than synthetic hormones…All of the evidence that we have suggests that all of these hormones should be painted with the same brush.”

This is incorrect and misleading. There exists a large body of science showing that synthetic chemically-altered hormones cause cancer and heart disease. On the other hand, medical studies have found bioidentical hormones are safe with no increase in breast cancer or heart disease compared to non-hormone users.

An excellent review of this medical science can be found in a 2009 article by Kent Holtorf MD in Postgraduate Medicine.

“Unless a woman has symptoms of hot flashes and night sweats, she doesn’t need hormones.”

This is incorrect. In addition to night sweats and hot flashes, there are many other valid symptoms of hormone deficiency such as insomnia, cognitive dysfunction, menopausal arthritis, evaporative dry eye, anxiety, panic, mood disorder, vaginal dryness, and decreased libido and post hysterectomy.

These are all good indications for prescribing bioidentical hormones.

“The idea that menopause is a hormone deficiency disease was disproven, and the idea that hormone replacement rejuvenates youth, or prevents degenerative diseases is also disproven….Hormones decline with age, that is normal and does not require treatment.”

This is incorrect. There is no question that hormonal decline is a health risk. The studies in females show that women with low hormone levels after hysterectomy are associated with increased mortality risk.

Hormonal decline is a direct cause of degenerative diseases of ageing, all of which may be prevented or partially reversed by replenishing hormone levels, a vastly more effective treatment which competes directly with the drug industry.

“Hot flashes and sweats in menopausal women can be treated with SSRI antidepressants. They don’t need to use hormones.”

This is not only wrong, it is criminal. The use of SSRI antidepressants for menopausal symptoms is NOT FDA approved, and is a cruel mistreatment and medical victimisation of women. This practice should be halted immediately.

Dr Dach makes an informed case and my personal view has always been that women need information to make a choice, but it doesn’t seem that both sides of the argument have had the same prominence,

Many women have made the switch to safer and more effective bioidentical hormones but if you are not sure which hormone you may need to supplement, then this article will be helpful.