Most women naturally put on a few pounds at menopause, but now research says its highly important just where it lands. 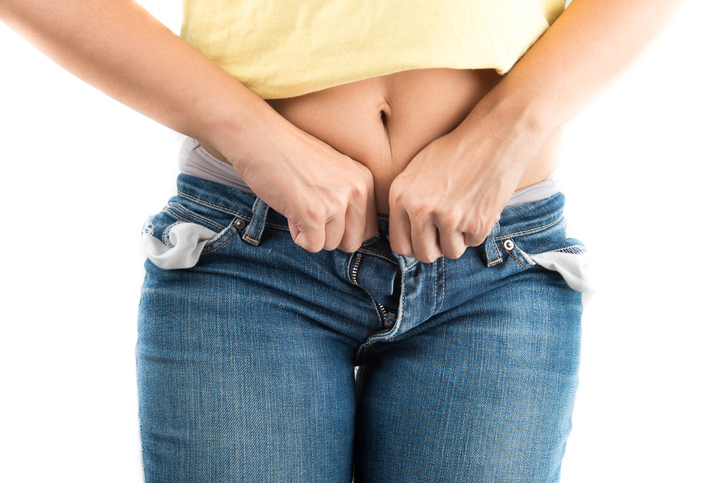 Being overweight or pleasantly plump, or cuddly, or however you describe it has in the past been seen as giving a woman protection from developing osteoporosis, and that excess body fat actually protected against bone loss.

Put down that éclair right now because it turns out not to be true according to a study presented at a meeting of the Radiological Society of North America (RSNA) who came to exactly the opposite conclusion: that having too much internal abdominal fat may, in fact, have a damaging effect on bone health.

Assessing this as a new risk factor was the study’s lead author, Miriam A. Bredella, M.D., a radiologist at Massachusetts General Hospital and assistant professor of radiology at Harvard Medical School in Boston.

Why belly fat is a risk factor

Obesity in itself is of course a health problem worldwide, and The Health Survey for England in 2019 estimated that 28.0% of adults in England are obese and a further 36.2% are overweight but not obese.

Just as not all snow is the same when it comes to disrupting the trains, not all body fat is identical either. Subcutaneous fat lies just below the skin, and visceral or intra-abdominal fat is located deep under the muscle tissue in the abdominal cavity.

Genetics, diet and exercise are all contributors to the level of visceral fat that is stored in the body and it is considered particularly dangerous, because in previous studies it has been associated with increased risk for heart disease.

As this was a small study, and they only evaluated the abdominal subcutaneous, visceral and total fat, as well as bone marrow fat and bone mineral density, in 50 premenopausal women with a mean BMI of 30.

If you tend to put on your weight around your hips, as opposed to your belly, then aesthetically you may not like it, but it not as detrimental to bone health as having more superficial fat or fat around the hips.

While osteopororosis bone loss is more common in women, men are certainly not exempt and being overweight is a risk factor for so many conditions, not just osteoporosis.

Heart disease and stroke risks are also increased with obesity so it is worth paying attention to hormone balance and reducing bloating and weight gain around the belly.

If oestrogen dominance is a factor, as it often is in belly fat, then this article will help.