Is It Brain Fog – Or Something More Serious? Part 1

Is there an Alzheimer’s prevention diet? Part one of a report on how to reduce your risk. 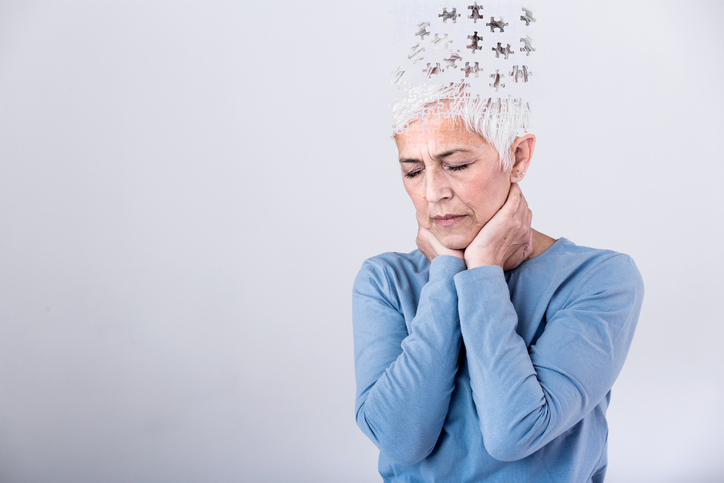 I know that at menopause many women experience brain fog, or memory issues, but more worrying is the prospect that it may be something worse.

Does what you eat affect your risk for dementia later in life and, if so, what is the best diet to protect your brain and prevent cognitive decline?

With subjects like this I turn to an expert and Patrick Holford is a leading nutritionist who has been studying the effect of nutrition on brain function and mood for many years.

He has written an extensive report on how you help yourself to reduce the risk for Alzheimer’s and I am sharing it here in two parts: first what  you can do positively and in part 2 what you need in order to avoid or reduce that risk.

Many of these studies are similar in design, by looking at mid-life diet then tracking a group of people over time to see who does or doesn’t develop dementia or its most common type, Alzheimer’s disease.

Many also look at some measure of coherence to a ‘Mediterranean’ diet, which usually means eating more fruit, vegetables, legumes, nuts and seeds, as well as more fish, less meat and sometimes some or more wine.

Others compare to the standard recommendations for a ‘healthy’ diet made by the country’s authorities. Some foods or drinks could go either way. For example, some studies suggest coffee drinking might reduce risk, yet coffee increase homocysteine and this is an amino acid found in the blood. Elevated levels of homocysteine have been associated with narrowing and hardening of the arteries, which is a strong predictor of risk. Alcohol consumption, especially red wine, may reduce risk in moderation but possibly increase risk in excess.

Another way to answer the question regarding the best anti-dementia diet is to look at studies that have linked specific foods or drinks to risk of cognitive decline then build up the brain-friendly diet from there.

These studies can also help define how much of the food or drink is optimal, or too much for those foods or drinks that increase risk.

One of the first good studies was carried out in Norway more than a decade ago by Eha Nurk and Helga Refsum and colleagues in Norway.[iii] [iv] They found that:

Tea – the more you drink the better. The tea benefit has been confirmed more recently in a study in Singapore, with green tea being marginally better than black tea.[v]

However, this benefit was not found in a UK Biobank study, which reported tea and coffee drinking to be associated with worsening cognition compared to abstainers.[vi]

Chocolate – peaks at 10g, or about 3 pieces – and let’s say dark, 70%+ thus with less sugar is more likely to be better, as sugar is a strong indicator of cognitive decline.

Wine – consumption reduced risk up to 125g a day, which is a small glass. A study in the British Medical Journal in 2018 showed that while abstinence increased risk by 48% having more than 14 units of alcohol a week, which is equivalent to a medium glass of wine every day, increases risk.[viii]

Grains and potatoes – reached a plateau at 100 to 150g a day, which is one or two servings max. High fibre bread was the the most beneficial high fibre food and white bread increased risk.

Fruit and veg – although the more you eat the better, benefits start to plateau at 500g a day, which is about five to six servings a day.

Of individual vegetables, carrots, cruciferous vegetables and citrus fruit were the most positive as were mushrooms.

A more recent study in the US found that those who ate 1.3 portions of green leafy vegetables a day, compared to less than one a week, had a dramatically slower decline in cognitive function, equivalent to being 11 years younger over a 10-year period.

Fish – is the most protective. Nurk’s study found a peak benefit at about 100g a day, which is one to two servings. A study of all studies by National Institutes of Health researcher, Beydoun, reported that eating fish once or more each week reduces risk of Alzheimer’s by a third compared with those who eat fish less than once a week.[x]

Olive oil and nuts – seem to be positive aspects associated with a Mediterranean diet.[xi] One study assigned people to a Mediterranean diet supplemented with either a litre a week of olive oil or 30g of nuts a day which is a small handful, versus a control diet with low fat and reported reduced cognitive decline with the extra olive oil or nuts.  [xii]

Early studies on the Mediterranean style diet reported that high adherence versus low adherence reduced risk of Alzheimer’s by a third.[xiii][xiv]

A study which followed 2,000 people over 20 years found that adherence to what they defined as healthy diet – which meant ‘modifying the quality of fats, increasing vegetable consumption, and decreasing salt and sugar consumption’ was associated with a halving of dementia risk.

With the exception of sugar, no individual food predicted risk significantly.[xv]

But the problem with studies like this is the assumptions. In this case ‘modifying the quality of fats’ means using vegetable oils as opposed to margarine or butter and not eating the visible fat on meat.

Vegetable oils is rather vague – it could be olive oil or something like sunflower oil. The assumption is that a low-fat diet might be beneficial, yet a high fat, low carb (HFLC) ketogenic diet appears to be protective.

The best way to reduce your risk for dementia or Alzheimer’s is to take positive proactive steps to include in your diet all the things that will do that.

This article gives you that information, and in part two I will share with you what you also need to avoid to further reduce your risk.