HRT Or Bioidentical Hormones For You?

Why are more women turning to alternatives to HRT? HRT may be the answer for some, but not everyone agrees it’s beneficial for hormone symptoms or long-term health. 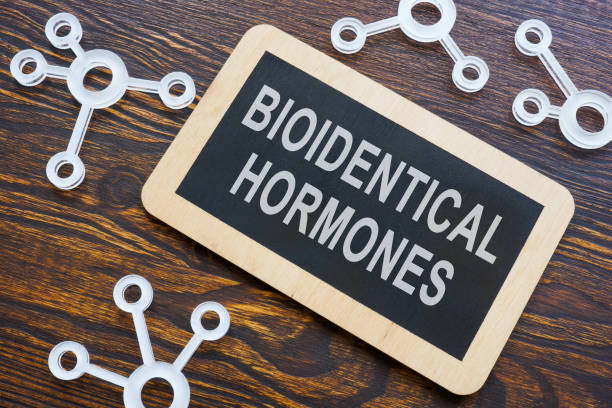 HRT is rarely out of the news with ‘experts’ saying contradictory things – in one week in the Daily Mail I read of a cancer surgeon who herself had breast cancer and disputed whether oestrogen should ever be given to women with breast cancer history and a few days later a report saying it was safe.

Who do you believe? I find it very frustrating that while there is so much information available to us, particularly on the net, we are actually rarely presented with the fact that all women are different and will respond differently to any form of treatment or medication.

The only thing we all have in common that I know of is breathing – mostly everything else will be individual.

I have always believed that women have a responsibility to take care of their own bodies and seek out all the information necessary for them to do that.  The late John Lee, MD who was the founder of bioidentical progesterone cream usage, always believed that women knew their own bodies at least as well – if not better – than the doctors themselves did.

In that spirit I try to pass on to you information that I believe will be helpful – if not for you then perhaps to someone you know.

Given the panic recently over HRT medication being less available, leading Nutrition expert Patrick Holford looks at why he believes HRT is not the answer for hormonal symptoms.

In his book 10 Secrets of Healthy Ageing he discusses hormone balance in detail, and I wanted to share this extract which focuses on why women need to consider why bioidentical hormones are better for overall health and reducing cancer risk.

Why HRT is not the answer for everyone

Hormones have the power to roll back the effects of ageing and boost sexual activity. HRT is not the answer, but bioidentical hormones are.

Hormones affect almost every part of your system so, not surprisingly, when your levels drop too low you can suffer a confusingly wide range of symptoms – and most of these could also be caused by something else!

If you’ve been suffering from any of the following for a while, it’s worth having your hormones checked to see if they could be contributing:

Is HRT the Answer For Menopause?

Until 2002 HRT was widely prescribed as the solution to the menopause when the body’s hormone production starts to decline. Short term use is not linked with additional risk, but long term risk is raised of heart disease and breast cancer. Following the 2002 Women’s Health Initiative study prescriptions in the UK and US have halved. In the years after that there has also been a significant decline in the number of breast cancers.

So what can you do instead?

There is a solution that is widely used in the US but little known in the UK. It involves the same hormones found in regular HRT but they come in a subtly different form known as bioidentical. Which means they are exactly the same as the ones your body was making until it reached the menopause.

The ones used in HRT are not identical and this is very probably the reason for the problems they have caused.

The replacement for progesterone that is used in regular HRT is known as progestin (or progestogen) and it has a significantly different chemical structure from progesterone. The differences are clear:

Bioidentical hormones are manufactured from plants, yam and soy, to be chemically the same as the hormones your body produces.  The appeal of this is easy to understand.

“Replacing the oestrogen that your body is no longer producing with the versions found in conventional HRT is like replacing parts designed for a Chevy with those made for a Mercedes. They may be almost the same, but with both engine parts and biology, very precise measurements matter.”

Do We Need Additional Hormones As We Age?

There’s an obvious parallel between taking nutrients as we get older, because we absorb them less efficiently, and replacing hormones as their levels decline.  Should we correct these deficiencies? Both are needed to help your body and brain to adapt to changes around you, and they can overlap.

Vitamin D, for example, also functions as a hormone. In fact ageing could be defined as a loss of adaptive capacity. So if your aim is to live as long and as healthy a life as possible, the obvious answer is yes.

Attractive as the idea seems, the debate ultimately comes down to whether that actually makes a difference in the real world. There is evidence that it does. A review of over 200 studies on bioidenticals in the Postgraduate Review Journalconcluded that they were more effective and had greater health benefits than regular HRT.

Author Dr Ken Holtor who runs a clinic that uses biogenetical hormones in America has said “Many physicians state there is no evidence they are safer but the medical literature clearly shows they are highly effective and have some distinctly different, often opposing, physiological effects to regular HRT.”

Meanwhile, a follow-up of those in the Women’s Health Initiative study found that among postmenopausal women, use of oestrogen plus progestin was associated with more advanced breast cancers and more deaths from them. And the same combination has also been linked with a raised risk of lung cancer.

Will natural hormones extend your healthy lifespan? The odds are good but there’s no definitive proof yet. The idea of using hormones to keep people well rather than treating disease is a relatively new one; two American experts reviewed the evidence a few years ago, concluding that:

‘well-informed use of hormones in wellness and disease prevention will result in symptomatic improvement.’

Patrick Holford’s book, from which this extract was taken, is available on his website together with his many other books on health and nutrition at https://www.patrickholford.com

Whether you need progesterone, or progesterone plus oestrogen, will depend on your symptoms, their severity and your hormone history and this article can help.