How Vaginal Atrophy Can Affect You

This can affect up to 50% of menopausal women. It’s important to be able to recognise the symptoms and changes that can develop in order to be able to effectively treat it. 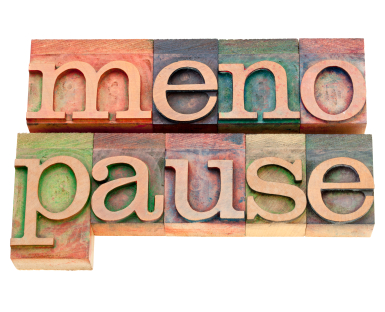 Of all the symptoms of the menopause, the one that is usually the last to be talked about by both women and their doctors, and yet may go on to cause unnecessary and serious problems in health and well-being, is that of vaginal atrophy (VA).

Up to 50% of menopausal women may develop the symptoms and changes of VA, so the condition is much more common than is usually recognized or acknowledged.

A VIVA (Vaginal Health: Insights, Views & Attitudes) online study of 3,500 postmenopausal women from Europe and the USA revealed that up to half of these could not discuss their symptoms with a doctor.

Only two out of five would talk to their partners, and two-thirds reported that their mother had never spoken to them about the menopause.

Knowing what to look for is the first step, and symptoms to keep an eye on are:

The study also showed that the majority of women misinterpreted some or all of these symptoms as being due to other conditions such as thrush or recurrent bladder infections, although these may, of course, appear as a consequence of VA.

Many women are not aware that VA is a chronic condition, and may tend to resort to moisturisers and lubricants which can give temporary relief, but without addressing the underlying cause.

The sad thing is that while many women do not seek advice due to justifiable concerns about taking oral HRT, and some may be reluctant to discuss matters that they see as personal and private, local treatment of VA is safe, effective and readily available.

Due to a fall in oestrogen levels by up to a half, or even to as low as one twentieth of pre-menopausal levels, there occurs a thinning of the epithelial lining of the vagina, a loss of elasticity and a reduction in both the volume and acidity of vaginal secretions.

This leads to a relative dryness and tendency to recurrent infections and inflammation, and the same changes may affect the urethra and bladder.

If the underlying problem is not identified early, these changes may become chronic and ultimately resistant to further treatment, leading to quite serious long-term problems, including frequency, urgency and incontinence.

Local oestrogen therapy using oestriol or oestradiol can be applied as pessaries, cream or a slow-release vaginal ring, the hormone being well-absorbed through the vaginal wall, but with minimal absorption into the body’s general circulation.

Complementary approaches such as phytoestrogens (eg soy, red clover and black cohosh isoflavones) can be useful and both oral vitamin E and the omega 3 in fish oils have been found in some trials to improve vaginal lubrication.

Some women have found that the additional use of a bio-identical natural progesterone cream has benefit where itching or burning (inflammation) is present and a combination cream of both progesterone and oestrogen can be used alongside the prescribed oestrogen to be of additional benefit.

Vaginal atrophy is usually a simple and treatable condition if reported at an early stage. If treatment is delayed, the result may be changes which affect a woman’s health, self-esteem, body image, personal relationships, sexual intimacy and overall quality of life.

Avoiding these undesirable consequences should be a simple matter, but clearly there is a significant taboo around this subject that prevents many women, from seeking help.

If you are suffering from vaginal dryness, rather than atrophy, then a combination cream of both progesterone and oestrogen such as 20-1 can be helpful. For atrophy initially this will not be sufficient oestrogen so a supplementary form from a doctor will be needed.

However once the initial condition is treated with a separate oestrogen, and is then stable, a combination cream can be used on its own.