Hormone Havoc From Puberty to Menopause

Puberty at 6 and menopause as a medical ‘illness’ so what’s really going on? 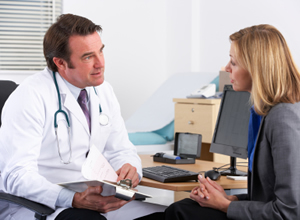 Many years ago Dame Dr Shirley Bond and I were privileged to share the work of the late John Lee, MD in a series of talks he gave in London. He was a pioneer of using bioidentical progesterone cream to help his patients and firmly believed they knew what was best for them.

He was asked many questions, and one that stuck in my mind was of a woman asking about her concern that her daughter was going through puberty so early.

He confirmed it was something he was seeing more of and linked it to both the generational use of the synthetic hormones in the Pill and the low levels of progesterone in young women with an increase in conditions linked to that such as PMS and PCOS (Polycystic Ovary Syndrome).

How right he was

Now over 20 years later it seems that American girls are now reaching puberty as young as SIX in a phenomenon scientists think may be linked to childhood obesity, chemicals in plastic and stress – but they don’t acknowledge the chemicals in the Pill which was something that did concern Dr Lee, and many other doctors.

US researchers recently noted that early puberties increased across the world during the pandemic,  so stress at high levels, plus comfort eating could be a double whammy for early onset puberty.

Dr Lee was not alone in noticing this phenomena as it was first detected by Dr Marcia Herman-Giddens, a public health expert at the University of North Carolina, when she began to gather data on more than 17,000 girls in the mid-1990s.

She found that the average age of puberty was dropping, falling to ten years old, with some girls developing as early as age six.

So if our hormonal state is being triggered earlier, what effect could it have when those young girls reach menopause?

Menopause as a medical condition?

One thing I have consistently been saying for more than 40 years now is that all women are unique and so their experience of Menopause will also be so. Some sail through with few or no symptoms, but others experience a whole range from mild to severe.

However, this does not mean it an illness and does not need to be ‘medicalised’ into something that always needs treatment.  Experience has shown that many women do not want HRT unless symptoms are severe and so choose to look for more natural ways of dealing with this inevitable life transition.

There has been a great deal of publicity around the Menopause recently, but this is not something that has just been “discovered“. The information on Menopause has always been there but the advent of HRT made it simple for women to find a one stop shop that they believe would help with their symptoms, but it can come at an increased health risk for serious conditions such as cancer and heart disease.

For some women it absolutely does so, but for many others it does not and it often raises the  expectation that with HRT your menopause will simply go away – it won’t.

Writing in the British Medical Journal recently, clinical research experts from King’s College London and universities in the US and Australia, wrote: ‘Medicalisation and its narrow focus on symptoms may fuel women’s negative expectations of menopause and influence what physical and emotional experiences they attribute to it.’

They argued the ‘message that menopause signals decay and decline’ is widely reinforced but makes women ‘expect the worst’.

This was highlighted in a feature in the Daily Mail as, according to those same researchers, the menopause it at risk of being ‘medicalised’ and they claim women may ‘fear’ the menopause fueling ‘negative expectations’.

Menopause occurs naturally in women and symptoms can last from a year or so to a lot longer – even into post menopause – but there are a number of solutions to help with this.

Whether you want help from your diet, herbal medicine, HRT, alternative therapies or bioidentical hormones there is plenty of choice.

Finding the best solution for you is something the late John Lee believed women were smart enough to know what they needed, and I have not seen anything to change my mind.

Yes there can be stresses at menopause from lack of sleep to low libido and hot flushes and weight gain, but they are time limited and will vary very much from woman to woman.

Unfortunately the more you are concerned and fearful about menopause the worse your symptoms are likely to be. Stress is an enormous factor in how severe your symptoms are as it affects your hormones as well as so many other aspects of your health.

If all you have heard are the horror stories from your mother or friends about personality changes and a whole range of symptoms that impact your life, then it is no wonder that you may dread it.

But I know from my own personal experience, and that of many women I talk to, that that is not the whole story.

When there is no more concern about the disruption of periods or pregnancy then you have the freedom to start experiencing a new stage of life and that can be very positive for many women.

Over the many years I have been writing about hormone health, I have experienced a wide range of information from many different disciplines that can be helpful and you will find many of those articles here on my blog.

The media will always give you their angle on Menopause, and it is rarely sympathetic to natural alternatives, but I continue to believe like John Lee that women are more than capable of knowing what they need  – they just need balanced information in order to do that.

If you are concerned that you may be lacking in a specific hormone, but not sure which one, then the following article will be helpful, but however you decide to make your journey through Menopause I would love it to be as easy as possible for you and to never be afraid to ask for help.