Most women think that post menopause their troubling hormonal symptoms will disappear, but sadly this is not true for everyone. 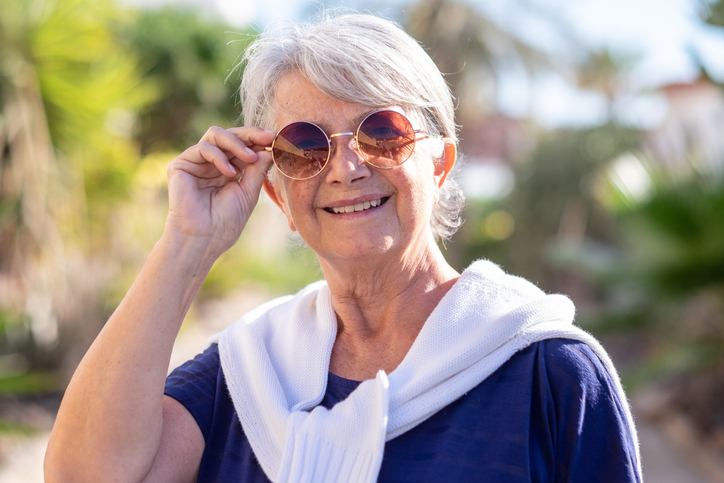 I have two frequent enquiries from women about bioidentical hormones: firstly from those who have been happily using them for years to control their symptoms and who wonder if they need to stop taking them, and secondly from women post menopause who are still experiencing hormonal symptoms.

These two are not so different as you might think. The women who have been using bioidentical hormones have established good levels in their bodies which can take them through menopause and beyond. Even so they can find a resurgence of symptoms post menopause related to other factors such as stress.

This group often continue with bioidentical hormones for post menopause protection from hormonal cancers, heart disease, strokes and a reduced risk for osteoporosis. There is no time limit on how long to take them for, it just depends on if you have symptoms that need help, or you want continued health protection.

The second group are often surprised to be experiencing hot flushes, night sweats and disturbed sleep and wonder whether it is too late to start taking supplemental hormones.

The late Dr John Lee, the pioneer of bioidentical hormone usage, used to say it is never too late and he had patients in his own practice who started taking them in their 80’s, or even 90’s

According to an Australian study published in Menopause, the journal of The North American Menopause Society, some 40% of women 60 to 65 years old still have hot flushes.

In my experience I get emails from women well beyond 65 and many years post menopause who are still suffering hormonal symptoms.

Sexual symptoms such as low libido and vaginal dryness were also a problem for more than half of the study group.  Although help is available many had not sought it from their doctor, or any alternative source, but just ‘put up with it.’

Among all the women surveyed, nearly 10% of the 60- to 65-year-olds were using hormone therapy, presumably because they still had troublesome symptoms. And fewer than 1% of the women in the oldest age group were using nonhormonal prescription therapies for hot flashes.

Also the rate of sexual symptoms (such as pain with intercourse) ranged from 44% in premenopause to 68% after menopause. Those sexual symptoms persisted in 62% of women 60 to 65 years old.

Most women are offered HRT, or antidepressants, or vaginal oestrogen if they visit their doctor. Today, most guidelines recommend against using systemic hormones such as HRT for more than 10 years after menopause or after age 60 and to use them only for a limited time–ideally three to five years.

Today women are more aware of the risks of HRT, and the study found a group of women older than age 60 who have really bothersome symptoms without aconventional  hormone therapy option.

The low utilization of effective nonhormonal therapies for hot flushes highlight that “menopause has gone ‘off the radar’ as an important health issue and remains undertreated,” say the authors.

Why bioidentical hormones are an effective option

Firstly because they do not contain synthetic hormones, for instance the progesterone in Serenity is sourced from yam and micronised, as are the natural oestrogens in 20-1 whose source is soy.

Secondly they are in the same amounts as the body would naturally produce, which helps restore balance without overwhelming the system.

Bioidentical hormones aim to restore balance gently to help with symptoms and one issue many women have with HRT is that the high level of hormones are used to overwhelm the symptoms, and that can result in a number of side effects.

Often post menopause women may be prescribed vaginal oestrogen and this is often necessary, particularly for vaginal atrophy, but just dryness is often helped by a cream with both progesterone and oestrogen.

Usually women are not prescribed progesterone after a hysterectomy or post menopause, but bioidentical doctors believe it is essential to have both hormones in balance throughout life

Progesterone provides protection against hormonal cancers, stroke, heart disease and osteoporosis and women post menopause can be vulnerable to all these conditions.

Thirdly women post menopause can be more prone to anxiety, stress and an increase in some aspects of poor health. Progesterone helps as it is a natural relaxant and as it is also an anti-inflammatory assists with joint pain.

Post menopause women can experience a variety of symptoms from anxiety and depression to continuing hot flushes. Whatever the symptoms stress will only make them worse, as it affects every system in our body, so try to get ahead of it and take self help measures where you can.

Emotionally too it can be a tough time if partners and family are no longer with you to give support so it pays to be proactive about looking after yourself.