10 Myths About Menopause – True or False?

How much do you really know about Menopause? There are some common misunderstandings here you may recognise. 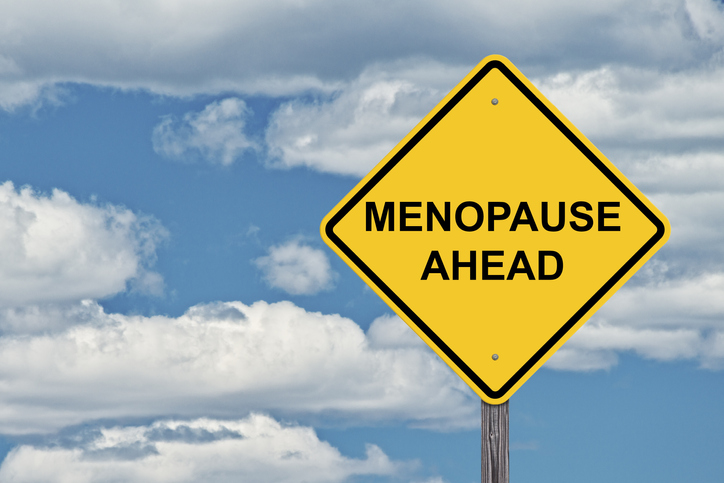 I have literally lost count of the number of things I have told been told about Menopause, and many of them are simply not true or at best misguided.

If you want to know about the most common ones and how they might affect you, keep reading.

Myth 1: It makes you forgetful

It’s true you may feel a little foggier during perimenopause, the transition time into menopause. But menopause itself doesn’t cause memory loss.

Any memory troubles you may have are more likely due to your brain aging and increased anxiety and stress levels also play a part too.

Myth 2: It starts when periods stop

You’re not technically in menopause until you haven’t had a period for 12 months in a row.

You’ll likely go through some time with irregular periods first, during perimenopause and that can last as long as 8 years.

Myth 3: It makes you irritable

Menopause itself doesn’t alter mood specifically, but life events such as night sweats and hot flushes and again our old friend stress, can mess with your sleep.

If you are not getting enough sleep, that will have an overall impact on your health and your mood so it could be that rather than menopause itself.

Myth 4: You can’t get pregnant

Spoiler alert: yes you certainly can! Your fertility doesn’t necessarily go away when you first stop getting your period.

It’s true that you’re much less likely to get pregnant after age 45, even if you’re still having periods. But it’s still possible, so to be on the safe side doctors recommend using birth control until you’ve gone a full year with no period.

Myth 5: Your sex life is over

Actually, the opposite can be true, as once the risk of pregnancy is passed many women to find this time of life more liberating.

Decreasing levels of oestrogen in your body may lower your sex drive and increase vaginal dryness.

So yes sex probably won’t feel like it did when you were in your 20s, but that doesn’t mean you can no longer enjoy it.

Lubricants and boosting your hormone levels can keep your sex life alive through menopause and beyond.

Myth 6: You need to take HRT

It is certainly an option, but HRT is just one of many tools you can use to deal with menopause symptoms like hot flushes and vaginal dryness.

HRT has risks as well as benefits and many women choose to use bioidentical hormones which do not have the same risks or problems with side effects.

There are also other really helpful options such as herbalism, acupuncture, relaxation techniques and lifestyle and dietary changes.

Myth 7: It makes you gain weight

Declining hormone levels may make it more likely that any extra pounds will settle around your middle, but weight gain isn’t a given after menopause.

Often, it’s a result of a slowing metabolism as you age and declining exercise levels. If you eat as much as you always did and don’t work out more, you’ll put on pounds.

Myth 8: Men have menopause, too

It’s typical for men to have a drop in testosterone as they age, but this isn’t like menopause at all.

Testosterone levels lower gradually as a man ages, not quickly like oestrogen in women. It’s not fair, but “the change” also doesn’t cause as many — or sometimes any — symptoms for men.

However, what we can often see is an increase in men in oestrogen dominance symptoms such as the development of ‘man boobs’.

It can be helpful in these cases for men to supplement with bioidentical progesterone to help with this and potential prostate problems.

The most common age for menopause is between 45 and 55, but it’s possible to have it as early as your 30s.

Certain surgeries such as a hysterectomy, medical conditions, or medications can induce menopause. It can be genetic and sometimes there’s no known cause.

Myth 10:  You’ll get it when your mother did

Your genes do play an important role in when you’ll go through menopause, but other factors matter, too.

Smokers start menopause an average of 2 years sooner than nonsmokers. If you have an autoimmune disease or have had chemotherapy, you also may be more likely to start menopause early.

I am a great believer in having the right information to help you make the right choices.

Knowing the difference between a myth and reality can make a big impact on the choices that you make for your hormonal health.

Obviously your hormones play an important part in this, so if you are seeing signs of hormone imbalance, then knowing what you might need to supplement can be very helpful.

The following article will give you that information.